Ranthambore National park is closed from july till end of September 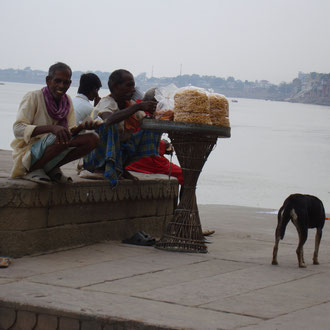 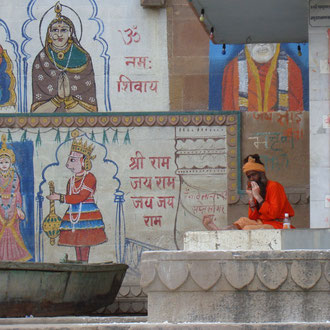 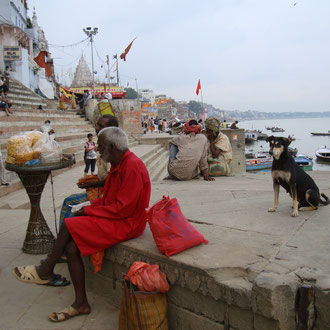 Pick up from the Airport / Hotel or from anywhere else in New Delhi.

Our well english speaking driver will meet you with your name on a sign-board of Maasa India Tourism. he will drive you to your hotel,

After having a rest , enjoy some city tour of New Delhi to get in touch with India.

After breakfast in the morning start the journey to Jaipur (5 hours) - the world famous Pink City.

Visit Hawa Mahal - the palace of winds and later on see the City Palace, which includes Chandra Mahal and Mubarak Mahal palace and other buildings.

fix the time for tomorrow with your driver .

Today you can visit the Amber Fort of Jaipur.

Enjoy a morning ride by elephant to go up there or have a nice walk.

Just speak with your driver about the times of the movies.

Start your journey to Pushkar the holy city. (2hours) The holy lake of Pushkar is surrounded by numerous ghats and temples.

The lake was formed when Lord Brahma dropped a lotus here and is an important pilgrim for Hindu people. It has world`s only temple of Lord Brahma

( God of creation ). Pushkar is a very small town and you will not need any transportation.

Walk round in town and enjoy sunset at the lake. Stay night in Pushkar.

Enjoy 2 days in Ranthambore National Park. Its one of the biggest and most renowned National Park in north India and a Goverment project to save the tigers. It was a famous hunting ground of the Maharajas of Jaipur.

Today the Ranthambore National Park is a major wildlife tourist attraction spot and has numerous animals which we might never heard of it.

Spend the morning or the full day inside the park and enjoy the wildlife safari on a jeep.

Try your luck at spotting the famous Indian tigers. Also visit the Ranthambore Fort which is situated inside the tiger reserve. Its a very nice place to relax. Stay night in Ranthambore

The mausoleum.It is one of the most recognisable structures in the world. It was built by Mughal emperor Shah Jahan in memory of his third wife Mumtaz Mahal. In 1983, the Taj Mahal became a UNESCO World Heritage Site. Enjoy the Taj Mahal with a local tour guide or by your own.

8 Day Agra to Varanasi by train

Enjoy the Taj Mahal in the morning for sunrise or visit the Redfort of Agra.

In the evening we will drop you at the Train Station to take the overnight train to Varanasi.

We will pick you up at the Varanasi Railway Station and bring you by our car to the hotel.

Varanasi, also commonly known as Benares is a city situated on the banks of the famous river Ganges. The city is sacred to Hindus and also the oldest continously inhabited city in the world. According to the Hindu mythology, Varanasi liberates soul from human body to the ultimate.

Explore the day at sight seeing of the famous Varanasi Hindu University and the temples and ghats on the river Ganges. In the evening visit the beautiful Aarti Dasashamedh Ghat.

Early morning pickup by our car and go for a boat ride at river Ganges for 2 hours. After go back to the hotel for having breakfast and check out by 12.00 pm. In the afternoon have a visit at Sarnath. Sarnath is located 13 kilometers north-east of Varansi and is a deer park where Gautama Buddha first taught the Dharma, and where the Buddhist Sangha came into existence trough the enlightment of Kondanna. In this place the stream of the Buddhas teaching flowed first. After Sarnath, transfer back to Railway station to board overnight train back to Delhi.

Arrive at New Delhi Railway Station and we will pick you up and make the transfer to the hotel.

After having a break, enjoy combined city tour of Old and New Delhi by visiting Red Fort, Jama Masjid, Rajghat, India Gate etc. or make a shopping trip trough all the amazing markets in New Delhi. Speak with your driver about what you wanna see first. Stay 2 nights in Delhi. At the end of the tour we will drop you anywhere in Delhi.

End of our service.

All nights accommodation in 4**** hotels with breakfast.

All Entrance Fees in Agra and Jaipur

All nights accommodations in Royal Heritage or 5***** star Hotels with breakfast.

All Entrance fees during the full journey

Any personal expenses such as tips, laundry and drinks.

Any extra meals ( other than specifically laid down).

Camera fees (both still and video).

Approvet by Ministry of Tourism